Excerpt of The Fabric of Reality

Click here to read the opening paragraphs of Chapter 1, or scroll down to read the Preface.

If there is a single motivation for the world view set out in this book, it is that thanks largely to a succession of extraordinary scientific discoveries, we now possess some extremely deep theories about the structure of reality. If we are to understand the world at more than a superficial level, it must be through those theories and through reason, and not through our preconceptions, received opinion, or even common sense. Our best theories are not only truer than common sense, they make far more sense than common sense does. We must take them seriously, not merely as pragmatic foundations for their respective fields, but as explanations of the world. And I believe that we can achieve the greatest understanding if we consider them not singly but jointly, for they are inextricably related.

It may seem odd that this suggestion – that we should try to form a rational and coherent world view on the basis of our best, most fundamental theories – should be at all novel or controversial. Yet in practice it is. One reason is that each of these theories has, when it is taken seriously, very counter-intuitive implications. Consequently, all sorts of attempts have been made to avoid facing those implications, by making ad hoc modifications or re-interpretations of the theories, or by arbitrarily narrowing their domain of applicability, or simply by using them in practice but drawing no wider conclusions from them. I shall criticise some of these attempts (none of which, I believe, have much merit), but only when this happens to be a convenient way of explaining the theories themselves. For this book is not primarily a defence of these theories. It is an investigation of what the fabric of reality would be like if they were true.

(Continue to the opening paragraphs of Chapter 1…) 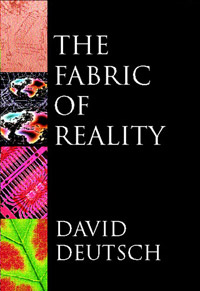 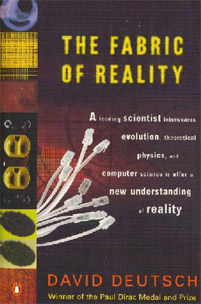